Harold Primat will return to the Bathurst 12 Hour on February 6-8 in a factory-spec Bentley Continental GT3 after renewing his successful partnership with Bentley Team HTP.

The Swiss ace is hoping to go one better at Mount Panorama this season after missing out on victory by just half a second 12 months ago. In doing so he’ll have the full backing of Bentley Motorsport, who HTP are assisting Down Under in preparation for their own works-supported programme later this year.

In return, Primat will be loaned to the works squad’s #11 machine where he’ll race alongside 2014 Bathurst crew-mate, Maximilian Buhk, and former Blancpain Endurance Series rival, Andy Soucek, who have both been signed to Bentley’s works driver roster.

Primat and Buhk’s experience will be vital at a circuit as challenging as Mount Panorama where neither Bentley Motorsport nor the Continental GT3 have ever competed.

Primat’s first taste of the Continental GT3 will come during a three-day test at Portimao in Portugal on January 26-28, while his full-season co-drivers will be announced by Bentley Team HTP in due course.

Harold Primat: “Bathurst is the perfect place to begin our campaign after coming so close to victory with Maxi and Thomas [Jaeger] last season. Finishing less than half a second behind the winning car has motivated us to push even harder to climb the top step of the podium. The front-engine Bentley is similar to what I drove there last season and, with a year of development and a fantastic debut Blancpain campaign already behind it, we should be in good shape even if the car has never raced at Bathurst.

“I’m also really excited to be heading back to Mount Panorama with Maxi who drove brilliantly there last year and had us all on the edge of our seats during that intense final lap! He’s just as eager as I am to finish the job this time around.

“Finally, it’s fantastic to be continuing with HTP for another season. Getting plenty of competitive experience under their belts by assisting Bentley at Bathurst will no doubt be invaluable for the year ahead. They’re such a well-run team that switching manufacturers shouldn’t be an issue for them at all and I have complete faith in us picking up where we left off in 2014.” 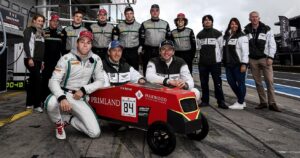 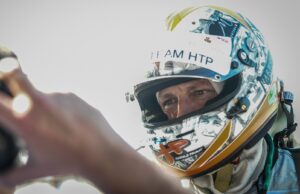 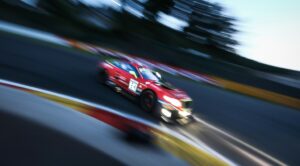